Particracy has destroyed and is slowly killing Serbia. It is eating away its identity, dignity, essence. If we allow it to finish what it started, it will completely usurp our state and nothing will be left of Serbia. Hordes of arrogant party soldiers, regardless of the political spectre they are coming from, have been penetrating all pores of our society and destroying healthy tissue like cancer. Within our country, particracy made a personal state for itself.

While intelligent, noble, capable people with integrity are retreating before these hordes, Serbia is becoming a farm of cheap labour, while our children are seeking their happiness abroad. Our descendants will not forgive us if we fail to pull Serbia out from this quicksand of robbery and humiliation.

The decline of Serbia can only be stopped if healthy left-wing, centre and right-wing parties gather together around a scheduled, concrete plan – reached by consensus – that will contain essential measures for salvation of the country, with the goal to win next elections in mind.

In order for this plan to be implemented, we need to win elections. ‘Pro-European’ coalition can only fight for census. Victory is possible only if healthy left, centre and right parties reach a consensus. Voters have turned towards right-wing parties in significant numbers, so victory is not possible, and therefore the implementation of this plan is also not possible, without them. It is acceptable for parties to be pro-EU and pro-Western or Eurosceptic and leaning towards East. However, what is not acceptable is all the stealing, looting and usurpation, party nepotism, media censorship, destruction of the legal system and independent institutions, purchasing of false university degrees and votes, plagiarism of PhD degrees and intimidation of citizens – all being done in the name of politics.

Parties that would gather under these conditions must put their ideological differences aside and make a one-year plan for establishing order in Serbia that would be offered to voters at the next elections on all levels. After receiving one-year mandate from voters to form the technical government, they will work only on the implementation of this plan, making sure that preconditions for fair and free elections are met. After this year is up and order is established, they will schedule new elections on all levels, and left-wing, right-wing and centre parties will then participate in them individually. It is on these new, free and fair elections that voters will choose between pro-European and Eurosceptic programmes and different value systems.

The only thing that these parties have in common is the plan, and the plan can only be the result of a consensus. The only thing that voters would be asked to do is to support a one-year technical government that will implement the plan. This will not be a mandate to rule, but a limited mandate to implement the plan that has been agreed upon in advance. Left-wing parties will be there to guard values that their voters hold dear; right-wing parties will guard their values; and centre parties will make sure that there is no leaning either towards the right or the left. The plan is the common denominator. This is the only way to unite left-wing, centre and right-wing parties with, often, completely different value systems. The reason would be a far greater and more important goal: to first salvage the burning house from the fire, in order to then talk about its future.

This kind of alliance between parties with different value systems makes sense only if there is a possibility to win elections and implement the plan. The alliance of the left-wing and centre parties, or centre and right-wing parties, would not be able to reach this goal. Such alliances would be based on self-interest, with census result as their goal. Political movement ‘Enough is Enough’ is not interested in such alliances.

It is possible to talk and negotiate about all the given points of the plan, as well as to add up new ones or delete some of the proposed ones. But the plan must be made by consensus, its implementation should be uncompromising and scheduled to last a year. This turning-point government with limited mandate will be made of the best individuals who are ready to work on the implementation of this plan.

The direction in which Serbia has been going for a long time now is wrong. We must stop, change this direction and avoid falling directly into the abyss. This is our suggested plan for salvation of Serbia. It is the only plan we see at the moment. If it proves that there is not enough wisdom, political maturity, sense of how fateful is the moment we live in, insight into how far-reaching consequences for our descendants are, understanding that currently unimportant differences must be left aside and this plan accepted, willingness to gather together the relevant left-wing, centre and right-wing parties in order to save the house from fire, political movement “Enough is Enough” will not enter into any partial or differently envisioned coalitions. We will participate in elections on our own.

What needs to be done during this turning-point year is the following:

The turning-point year is the only proper thing to be offered to voters who were deceived so many times before, and are rightfully suspicious of any promises. Citizens did not only lose their trust in political parties, but are also convinced that change is impossible. They think that nobody can change anything. That is not true, and this is the only way to convince them that victory is possible. 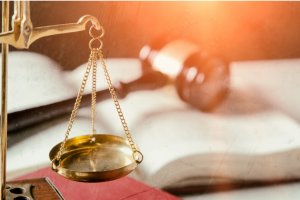 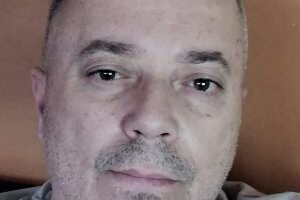 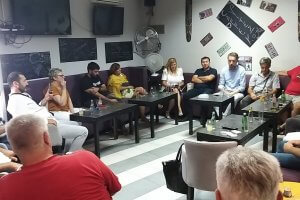