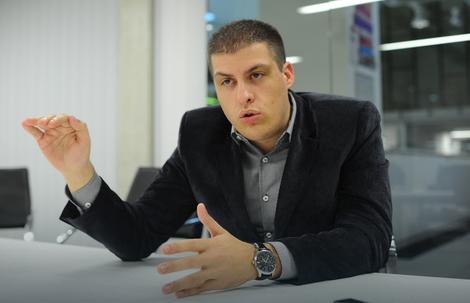 Republic Electoral Commission (REC) was unable to pronounce the results of Serbian parliamentary elections for four days. Why? Because on 24 April it was the Prime Minister Aleksandar Vučić who personally ‘counted’ the ballots. However, he failed to match his counting results and his wish to place the coalition Dveri-DSS below the census, with number of ballots in sacks and minutes of local electoral boards. This is the key reason why on Wednesday, 4 May, voting is about to be repeated at 15 voting stations.

Post-electoral collapse in Serbia enfolded the moment our ‘multipractic’ Prime Minister Vučić ‘processed’ 77% of electoral body, even before REC ever did. Vučić reliably (as always) announced that three political options definitely did not make the census (‘DJB’, ‘SDS-LSV-LDP’, ‘Dveri-DSS’), as if that is literally a matter of fact. According to the Prime Minister, these were ‘the most peaceful elections with least number of irregularities in the past 25 years’.

Vučić’s ingenious media manipulation ability was institutionally supported by none other than his party official and the president of REC, Dejan Djurdjević. On the same evening, during the media conference that was held half an hour after midnight, Djurdjević announced the first preliminary results based on the processed sample of 27.15% of electoral body. Miraculously, Djurdjević’s ‘counting’ had the same preliminary results as Vučić’s – ‘DJB’, ‘SDS-LSV-LDP’ and ‘Dveri-DSS’ were below the census.

As the percentage of processed ballots grew from hour to hour, REC results showed that all three of these political options made the census and will have seats in the National Parliament. Forty-eight hours after voting stations were closed, REC processed results from 98,04% of them.

Unlike ‘DJB’ political movement, which was then above 6%, the remaining two political options – SDS-LSV-LDP (5,04%) and Dveri-DSS (5%) – were ‘treading’ the thin census line. At that moment (26 April) results from 164 voting stations (1,95%) were still not processed. It was clear that each of those non-processed voting stations and each ballot can mark a ‘turning point’, since the coalition Dveri-DSS were just 170 votes above the census.

There existed two ways in which these ‘controversial’ 1,96% or 164 voting stations could ‘manually’ place coalition Dveri-DSS below the census line in four days. Of course, Aleksandar Vučić had a complete knowledge and total control over both of them.

The first way was to annul elections at certain number of voting stations. This was done in quite an unusual, ‘cowboy’ way. It was enough for REC to schedule and perform voting on a few falsified and backdated complaints of ‘worried’ voters. This happened despite the fact that the president of REC, Dejan Djurdjević, previously publicly announced that only two complaints were received within the legally set deadline. A day after this public statement of his, it turned out that 60 complaints have been received two days earlier by REC. All complaints have been filed by ‘worried’ citizens.

These citizens were so ‘worried’ that extremely similar or identical signatures were identified at complaints originating from different voting stations. Besides the name and address of voters who signed these complaints being different, the only other difference was the font of letters they used to type them.

One ‘Milica from Belgrade’ and one ‘Svetozar from Niš’ brilliantly ‘discovered’ irregularities at more than one voting station. What is unclear, however, is how did they ever manage to do this, since none of them was a member of the electoral board at these voting stations. Another thing that is yet to be clarified is the way in which ‘carrier-pigeon’ managed to get REC stamp of receipt confirmation on them, making them credible and timely.

Instead of expected repetition of voting process at two voting stations (Vranje and Jagodina), in the end a total of 15 voting station results were annulled, totalling 19.631 eligible voters. This annulment proceeded ‘smoothly’, since Serbian Progressive Party (SPP) provided majority of votes for each and every of the REC decisions.

The second way to place coalition ‘Dveri-DSS’ below the census is for REC to verify or annul certain number of problematic results from some voting stations. How? The problem ensued after statisticians working at the Statistical Office of Republic of Serbia established that it is impossible to feed the ballots software with results from some 164 voting stations, as electoral board’s minutes were a mess.

In some of them number of ballots did not match; in others the number of people who voted and the number of used ballots did not match; and in yet others, there were more ballots in the ballot box than there should be. In some cases, the minutes pertaining to voting results at certain voting stations did not even exist. Statisticians labelled these errors as either ‘light’ or ‘heavy’. Members of REC decided on either verification or annulment of these errors by voting. These decision were, actually, made by outvoting. Both of these processes are susceptive to abuse and personal discretion. Political power is in the hands of those who have majority in REC, and this is Serbian Progressive Party with its satellite partners.

This circus of ‘gradual’ counting of ballots lasted for full four days. Of the total of 164 problematic voting stations, ballots from 11 of them were annulled, ballots from 138 of them were verified, and the decision about repetition of voting process was made for 15 of them. The end result of this Vučić’s mathematical acrobatics was that the coalition Dveri-DSS was left below the census by 1 (one) vote only. This is an unbelievable coincidence.

Aleksandar Vučić is formally not a member of REC, but he knew what was happening in REC from Sunday, 24 April, up until Thursday, 28 April. General manager of Statistical Office of the Republic of Serbia, Miladin Kovačević, is the Serbian Government officer. Dejan Djurdjević, president of REC, is a high official of Serbian Progressive Party and general manager of Republic Department for Legislation. A day after elections, while voting results were still being ‘cooked’ in REC, Presidium of Serbian Progressive Party had a session in their own offices, and Djurdjević attended this meeting.

During REC sessions, the president of REC always nervously ‘bit’ at the white pen with clearly marked symbols of the Serbian Progressive Party.

The farce of vote-counting is near the finish line, and what is clear to everyone is that the will of people is not of great interest to Aleksandar Vučić. He is counting ballots in sacks the way it suits him, and is retailoring election results in the way which will provide the future People’s Parliament structure that pleases him.

On Wednesday, Vučić will give his best to lower coalition Dveri-DSS below the census line. If we do not protest the retailoring of election will of people now – our vote will be rigged at the next elections, too. Please, think about this now, while it is still not too late. 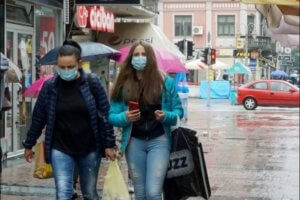 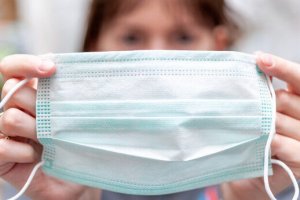 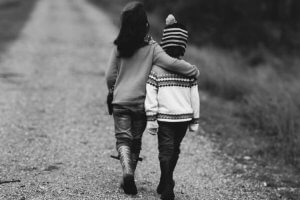